Signs of a Problem With Glis Glis Control

So you think you may have an Edible Dormouse problem and require Glis Glis removal from your property?

Here are the usual signs:

See the video of Glis Glis  caught on our BTP cam in a roof space. 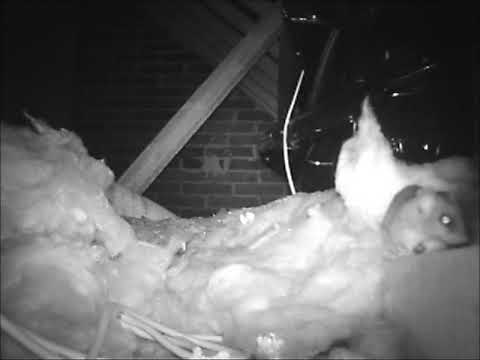 Q. Where in the UK are Glis Glis Found?

A: In 1902, some escaped from Sir Walter Rothschild’s private collection in Tring Hertfordshire, as a result  have concentrated in a triangle of approx 200 square miles between Luton,Tring and Beaconsfield. This includes the south east edge of the Chiltern Hills. Resulting in an estimated a population of 10,000 Glis Glis.

Q.What do Glis Glis dropping look like, as I think found some in my loft?

A: See the image below, of a recent removal by us from a cupboard in a property in Wendover, Bucks. Small, black and rough edges, some describe them as currents.

Q:Are they related to a mouse?

A: Probably – Edible Dormice are the biggest of the Dormice family. They are the only member of the Genus Glis, house mice are known as (Mus musculus). Some people refer to them as Glis Glis mouse.

Q: Is there a Glis Glis Trap?

A: Yes  – there are two approved methods for trapping Glis Glis, one is a cage trap and the other is an approved spring trap. You have to be registered to use them. As a result, you have to provide catch returns at the end of the year, as the spread of Glis Glis is monitored. Furthermore, there are also strict  welfare rules around the use of traps, placing, inspection and disposal of caught animals.

Please remember: “It is also an offence, under section 14 of the 1981 Act, to release or allow to escape into the wild any animal
listed on Schedule 9 of the 1981 Act; this includes Edible Dormice (Glis glis).” Furthermore, the licence does not permit
Edible Dormice to be released.

Q: What is a Glis Glis Sound:

A: The most frequent question we get around Glis GLis sound is “I have been kept awake all night – as they are thunder around my loft in hob nail boots!”

A: As licenced Glis Glis removal, BTP covers all the Glis Glis affected areas in Hertfordshire and Buckinghamshire. For help or advice call our Aylesbury  office on: 01296 630 934.