The Daily Star ran an article recently about a school with Gull problems.Who had a resident pair of Herring Gulls with young, Gulls mate for life and take turns brooding the eggs.

The problem is when the chicks hatch, the parents become very protective of them and aggressive to any one who dares to go near them. I have been dive bombed may times, normally the attack starts with dive runs and trying to hit with a well aimed poo! If this does not deter you then they may try to strike you with their feet as they fly over on the back of your head (as in the Star article).

A Gull has webbed feet, with claws at the end of them used to gain grip to sit on ledges or rock faces.

In the UK there are 5  species of Gull seen regularly – there is no such species as a “Sea gull” Its a generic term of all the gull species.  The most common species we see in the UK are:

All species of gull are protected under the Wildlife and Countryside Act 1981 and can cause gull problems. The law does recognise that some species of Gull (and other birds) can come in to conflict with man, and under the General Licence control measures are allowed. Each case is taken on it’s own set or circumstances and is normally to preserve public health, public safety, Air safety, crops or other animals.

Gull control is rarely lethal and normally involves specific scaring or modifying the problem environment, with nets spikes or other physical barriers ans/or scaring systems.  The key is to understanding, is what motivated the bird to use a particular area such as feeding, nesting or just day loafing.

The Daily Star article is HERE. 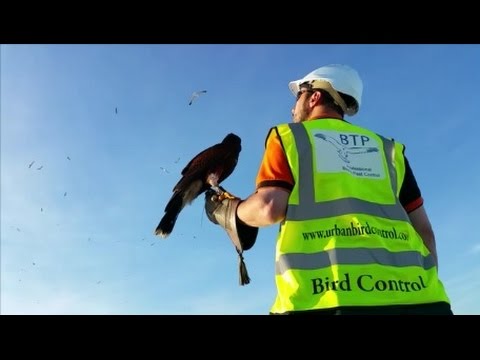 For a professional bird control service: